Displaced American Workers United - The web's most active unemployment forum.
Would you like to react to this message? Create an account in a few clicks or log in to continue. 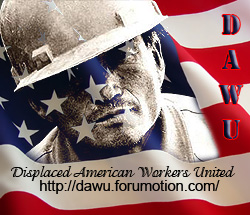 A place for the unemployed and underemployed of America to hang out, share stories, share ideas, and advocate for job creation and aid from Washington.

Help is out there.
Please Call.

Latest topics
» What to do if You Become Homeless

» Ways I've Found to Earn Some Income While Still Unemployed

» Ramen Noodle Nation--found this blog, two people tell it like it is...

» Herman Cain Opposes Extending Unemployment Benefits: 'Where Do We Stop?'

» Most of the unemployed no longer receive benefits

» Obama To Announce Iraq Troop Withdrawal By End Of The Year

Useful Links
Who is online?
In total there is 1 user online :: 0 Registered, 0 Hidden and 1 Guest

Tired of getting nowhere in their search for work, 18 unemployed Californians are advertising themselves on billboards throughout the San Francisco area's public transit system.

"Let's face it," the advertisements say. "We All Need Jobs!"

Howard Friedenberg, the leader of the group, said he got the idea for a campaign after seeing what he considered a badly-designed billboard for a lawyer or real estate agent. Friedenberg, who lost his job as a computer company's communications specialist in November 2009, said he thought he could do better, and he recruited acquaintances he'd made while networking with other unemployed people.

He said each of the 18 contributed $150 to cover the costs of ads and a website: www.WeAllNeedJobs.com.

"We are a small group of self-promoting individuals looking for jobs," the billboards explain. "Although we are talented, experienced professionals, getting attention of Bay Area employers hasn't been easy. So here we are, on a poster."

Friedenberg said the initial goal was to receive media attention -- and since the billboards went up in February, pretty much every TV station the area has run a story.

The campaign directs the curious to the group's website, where employers can browse profiles of each of the 18 jobless individuals. Two of them have actually found work since its inception, according to the site. The word "LANDED!" is superimposed on their portraits. 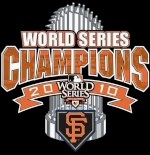